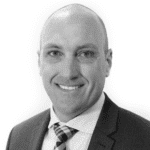 Prior to joining WALGA Nick was the Executive Director, Planning and Service Delivery at the Department of Local Government, Sport and Cultural Industries.  Nick has extensive experience at Executive level in State Government including roles in regional WA. During this time, Nick managed complex policy agendas at both State and Local Government level.
Nick is currently a Director on the Local Government Insurance Scheme (LGIS) and a member of the Minister for Volunteering’s ‘Volunteer Community Reference Group’.

Nick is father to three boys, and actively participates in their structured and non-structured recreation activities. 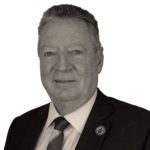 Ian is an experienced school leader, with 40 years working for the Education Department across the State, spending 31 years as a Principal or Deputy Principal. His most recent position (2003 – 2016) was Principal of Forest Crescent Primary School. Ian was a Board Member for 14 years, member of the Executive for 12 years and Vice President prior to taking up the position of President in 2017. Ian has held a number of key positions within WAPPA including convening numerous successful WAPPA Conferences and currently represents WAPPA on several state and national committees, ensuring that the primary voice, and the position of WAPPA, is clearly heard. He has received the following awards: 2006 Premier’s Outstanding Non-Aboriginal Educator, 2009 John Laing Award (WAPPA), 2010 WAPPA Service Award, 2012 Fellow of ACEL and 2013 Fellow of WAPPA. 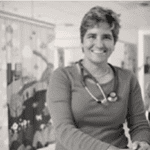 Desiree has a special interest in child development, mental health and parental mental health. All these areas are closely related to Nature Play WA. Desiree has experience being on a board and has research experience to look at how programs in Nature Play WA could be evaluated.  Desiree gets on well with people, tends to create a relaxed environment and believes listening is an important skill.

Colin has long associations with national parks (>35 yrs) outdoor recreation and nature based tourism.  He was previously Assistant Director, Policy, Tourism and Planning with Parks and Wildlife and operated his own ecotourism consultancy for four years.  Colin is a member of national committees relating to the management of and research into parks and outdoor recreation. He also currently sits on several interagency committees relating to outdoor recreation. Colin was the former Deputy Chair of FACET (Forum Advocating Cultural and Eco-Tourism), a former Director of Tourism Council WA and is a current Board Member of the Pilgrim Trail Foundation, and Kaitijin Mia Mia Aboriginal Foundation. Colin was also involved in the establishment of the WA Parks Foundation. 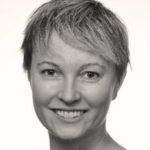 Jane has over 20 years of experience in finance, accounting and governance and is currently at Rio Tinto as a Senior Manager in Finance.   Jane has held several roles in her six years at Rio Tinto including Finance & Compliance Manager in Iron Ore, Senior Manager Operations & Finance and now as IS&T Finance Business Partner.  Prior to joining Rio Tinto Jane was an Executive Director at EY working with a number of ASX200 and large private companies focussing on audit, SOX reporting, SEC compliance, IPO reporting (ASX and TSX), dual listing requirements, due diligence and capital raising.

Jane is a member of the Institute of Chartered Accountants, a Fellow of the Governance Institute of Australia and graduated from Curtin University with a degree in Accounting and Corporate Administration.  Jane grew up in Helena Valley and fondly remembers a childhood of playing in the bush catching tadpoles, building cubbies and climbing trees. 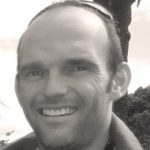 Tim has over 15 years’ experience in Sport and Recreation management, is a Director at Department of Local Government, Sport and Cultural Industries working with recreation camps, trails and participation initiatives with a focus on getting people moving.  He leads large mobile work teams and possesses strong event management skills from previous roles in venue and hospitality project management.

Growing up at school adjacent to the Ku-ring gai National Park, surviving all the misadventure that comes with those experiences and wanting children to have the same opportunity to engage with the outdoors.  Tim participates with his kids at surf club, enjoys sailing, paddling and being out there with community activity. 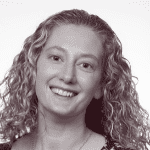 Tamar is the General Manager of Strategy and Productivity for Rio Tinto Iron Ore. Prior to this role Tamar lead the establishment of the Rio Tinto’s internal consulting division (PACE) in Perth. In addition to her experience as a senior mining executive Tamar also has 16 years’ experience in Tier 1 consulting. Tamar has proven strengths in strategic thinking, building high performing teams, complex stakeholder management and delivering results. 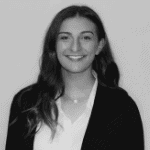 Enjoying a mentor-type role, Kate is experienced in facilitating community engagement and participation through a range of state-wide sporting and outdoor programs. Kate has a background in volunteering within many school and sporting communities and is passionate about recreation and the benefits of outdoor play, culminating in studying Health & Physical Education at Curtin University. Kate enjoys a rural lifestyle close to the city, where nature is at her doorstep with many outdoor opportunities to explore.