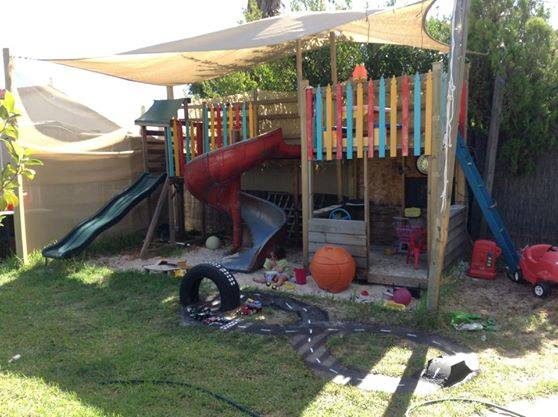 I always wanted a tree house in the back yard and a Millennium Falcon in the driveway. I could forgive the absence of the Falcon, but the tree house was quite another matter.

I don’t know if it was Robinson Crusoe, the Ewok Village on Endor, or some childhood hardwiring involved but there was just something about a tree house I couldn’t’t shake. The idea of a cubby, in a tree, with a ladder had all the incontrovertible genius of a Wagon Wheel (chocolate, biscuit, jam, marshmallow, biscuit, chocolate) and more.

Disappeared into the canopy of leaves and clouds. Safe from charging wilder beast, and yet just a little dangerous. A look out to spy on the dog, and yet safe from the eyes of the adult world. Tree houses are the standard of childhood imagination unlocked.

Actually, I still want one. I’d only drive the Millennium Falcon on cruise control and wave bingo wings at hoons making the jump to light speed on the highway. But a tree house, nestled high in a rainforest, designed by someone with a Swedish name and with an uninterrupted view of a blue lagoon. With a hoist for the shopping and parachutes to strap onto friends at over-watered barbecues. That would still be perfect.

Maybe that is why the story this last week about the likely demolition of a tree house cubby in Mosman Park struck such a chord with me. That and the fact that in my work with Nature Play WA I am acutely aware of the need to get draw kids outside and away from their iPads and that nothing can do that quite a like a tree house.

Unfortunately, for all concerned, the tree cubby in question has become the subject of a dispute between neighbours and this Tuesday the Town of Mosman Park will consider whether to approve a retrospective planning application, or to insist the cubby come down. 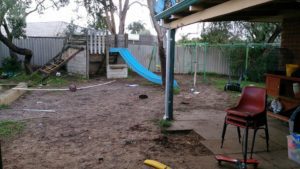 Given that the Town’s Planning Committee has recommended the application be rejected it looks unlikely the tree house will see another Christmas. But stranger things have happened than a group of adults do something brave and for the broad benefit of the community they serve.

And yet, there is no doubt that local governments find themselves on troubled ground when issues like this are brought before them. They are obligated to treat them as the legal questions they. What acts, what policies, what guidelines and precedents are there to instruct them?

They should not be swayed by populism, nor should they seek the easy cover of conservatism.

And how do they balance one neighbour’s pleasure against another’s pain? Difficult indeed. And a difficulty un-moderated by the nostalgically remastered memories of their own childhoods, or by the knowledge of the energy and funds they already invest in public parks and playgrounds. 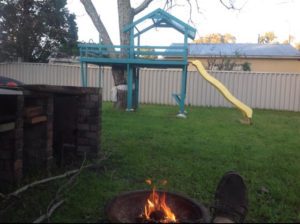 But too many of those parks are largely empty. Drive around your neighbourhood on a perfect spring weekend and count the kids you see at play.

But don’t drive too slowly, especially not if you happen to drive a white van.

And as the light dims on your street listen for the noise of kids chattering as the return home on foot or by bike or skateboard. Cast your eye instead down the street for that flickering blue light of a myopic childhood.

The reality is that childhood inactivity is a growing and a pressing problem. Not just for waist sizes, but for creativity, for resilience, for the development of problem solving and emotional intelligence and for community connectedness. 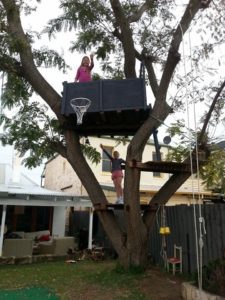 Streets where kids play are streets where adults come to know each other, where old people sit out the front of their houses, and where that so often empty word, community, comes to have a meaning.

The benefits of erring on the side of tolerance when it comes to children was beautifully illustrated by a caller into Geoff Hutchens Mornings show on ABC this week.

The Mosman Park cubby conundrum had been discussed, the talkback lines were Christmas treeing and then came Sue.

Sue had been on the receiving end of a cubby built in a tree that overlooked her property. By her own admission she was initially concerned. It overlooked her and her husbands property and it would, sure as sunrise, be the source of noise. But she decided to reserve her complaint to council for a little and see.

There was noise. It was the noise of kids laughing. Only rarely did the kids bother to look down on “the old chooks having a glass of wine next door”.  And when they did the children and the older couple exchanged waves.

And then something magical started to happen. Little drawings started appearing in Sue’s mailbox. And at Christmas there was a little package of cookies.

After two years the family moved out and the new family pulled down the cubby. But looking back Sue says those two years were full of joy. The joy of developing a relationship with the kids next door and of a growing sense that the place they lived was more than a house, more than a street, it was a community where they were known and were appreciated.

Of course when these issues reach council agendas things get complicated. But parallel to the complications, the difficulties and the risks are huge benefits to communities that cannot be ignored.

The importance of play is well known from Cabinet, to council, to dinner table. What councillors need is for that inherent value to be moved from a some sideline nicety to be recognised and protected in policy that can be considered parallel to adult finger-knitting over fence heights and gutter colours and illegally parked Millennium Falcons.